In Part 1, the three types of fairy rings found in turf were reviewed. Type 1’s feature and inner and outer green stimulated growth zones and a dead zone; Type 2’s feature a circle or arc-shaped  green stimulation zone and the presence of mushrooms (depending on weather) on the periphery; and Type 3 rings, which are characterized by rings of mushrooms or puffballs (usually following rain in summer), and the general absence of a stimulated green or dead zone. 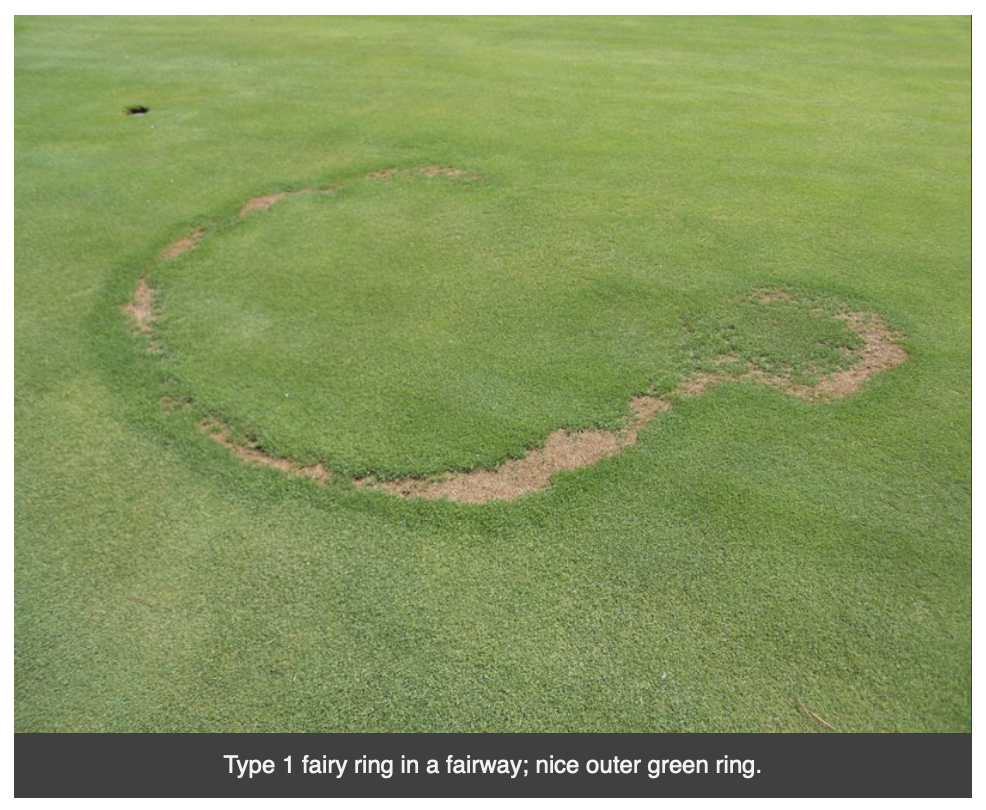 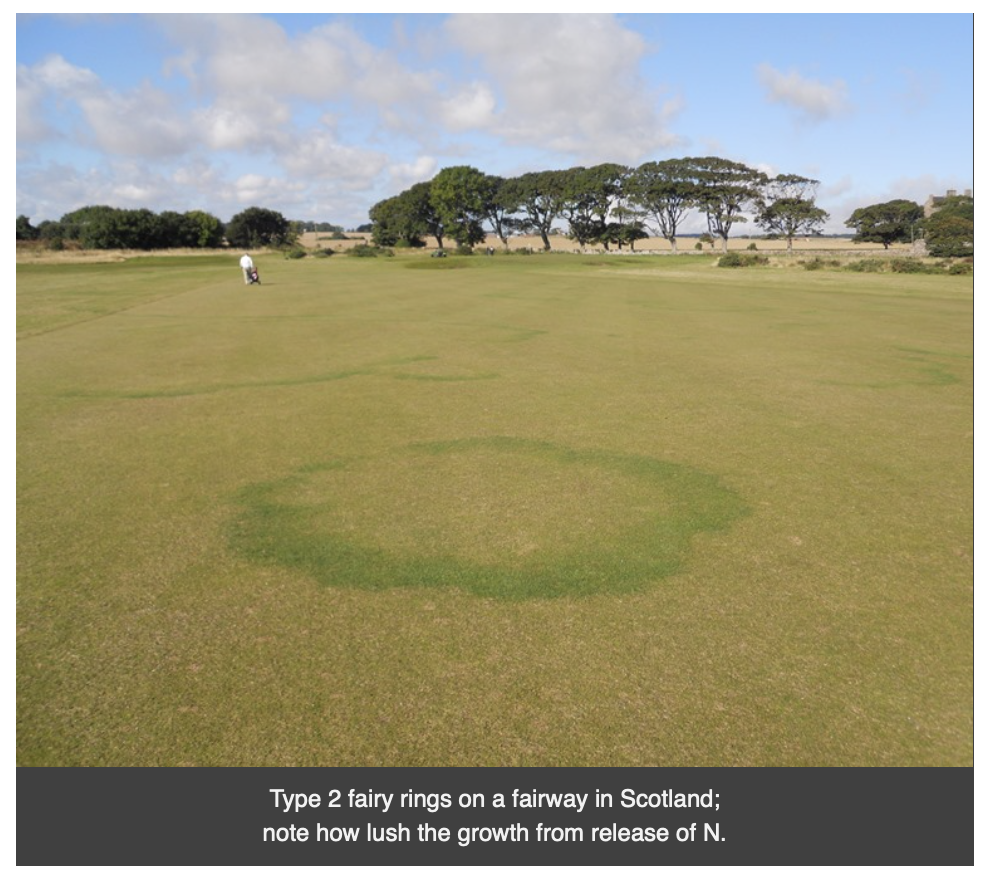 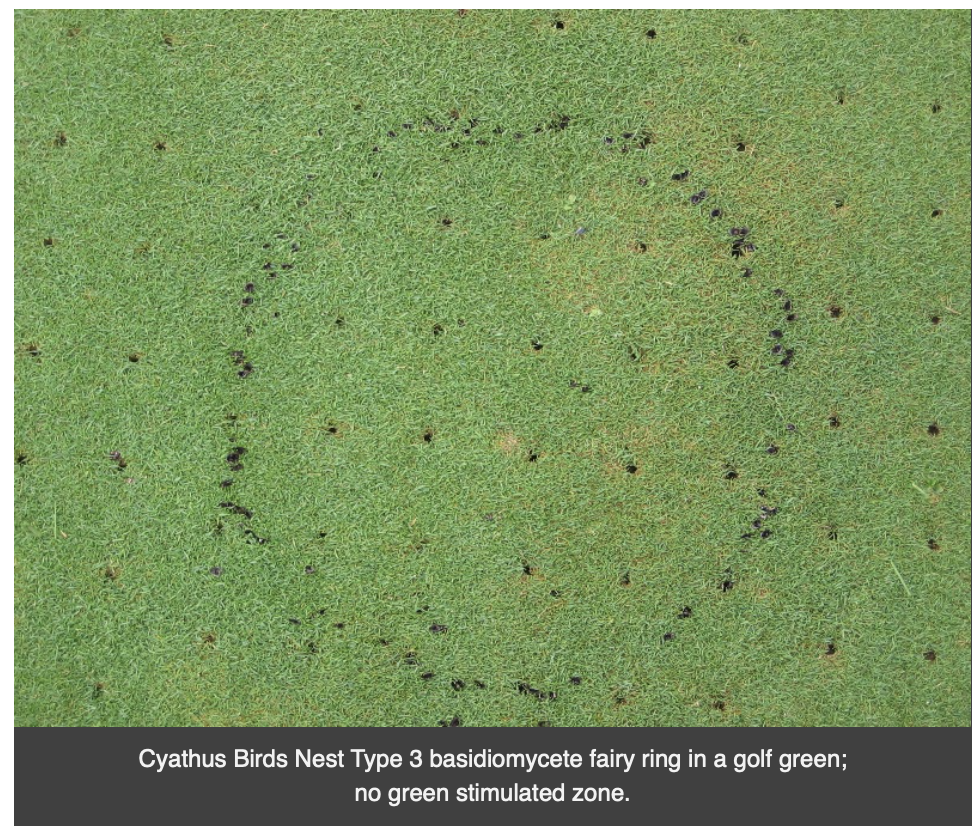 In lawns, roughs and pastures, a fairy ring is broken when its mycelium encounters an obstacle such as a rock, pathway or unfavorable soil condition.  In general, two fairy rings will not cross one another; that is, at the point of intersection the growth of each ring stops.  This obliteration at the point of contact is caused by the production of self-inhibitory substances, which also antagonize other members of the same or different microbial species.  On slopes, the bottom of a ring usually is open, giving the appearance of an arc or crescent.  This may be due to the downward movement of self-inhibitory metabolites that prevent development of fungal mycelium on the lower side of the ring. 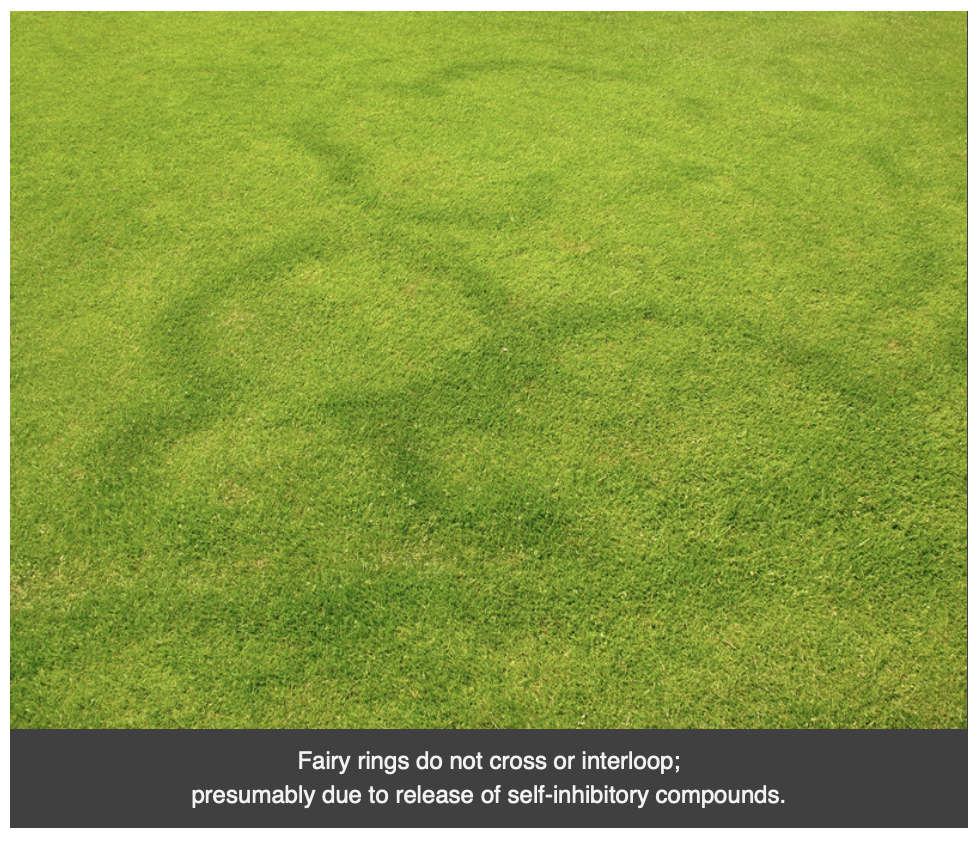 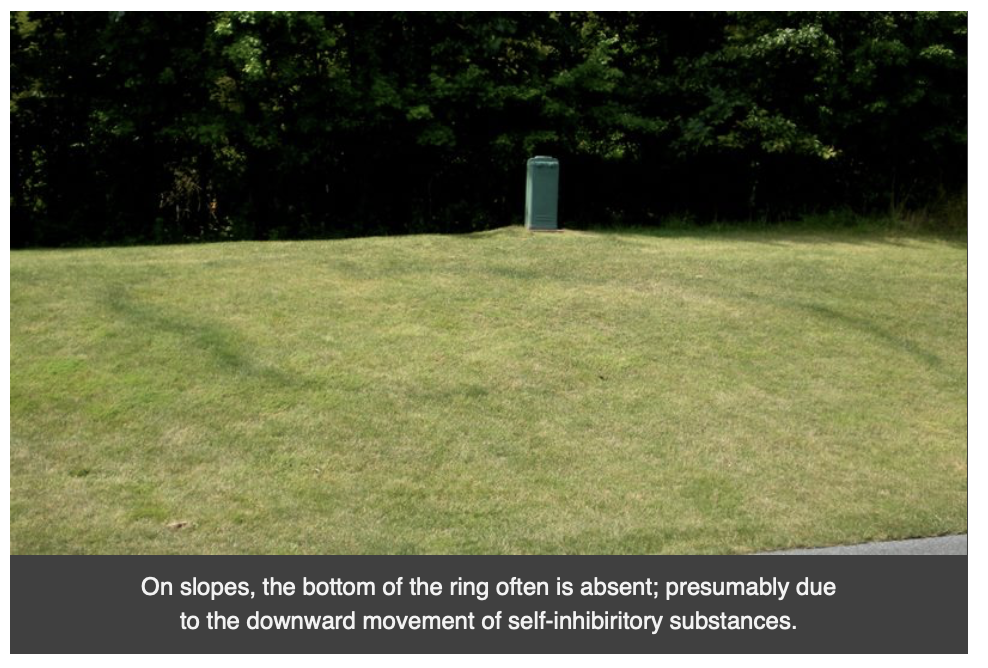 When a plug of soil is removed from the edge of an active fairy ring, a white thread-like network of mycelium sometimes may be seen in the thatch layer or clinging to soil and/or roots.  When environmental conditions are optimum for fungal growth, white mycelium may be seen on the surface of the thatch layer.  Oftentimes, however, no mycelium is evident in the soil or thatch.  Fairy ring infested soils, however, invariably have a mushroom odor, even if fungal mycelium is not evident. In all turfs, to include greens, thatch layers in active rings are light-brown or fawn-colored rather than the more normal dark-brown color. 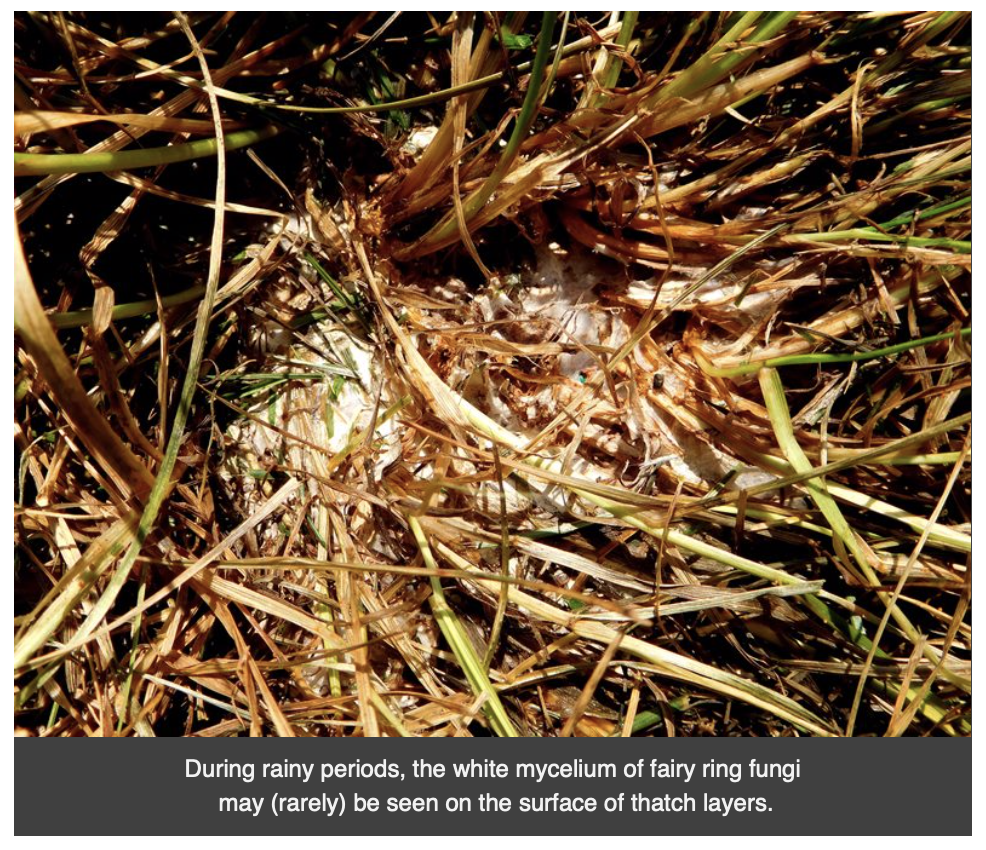 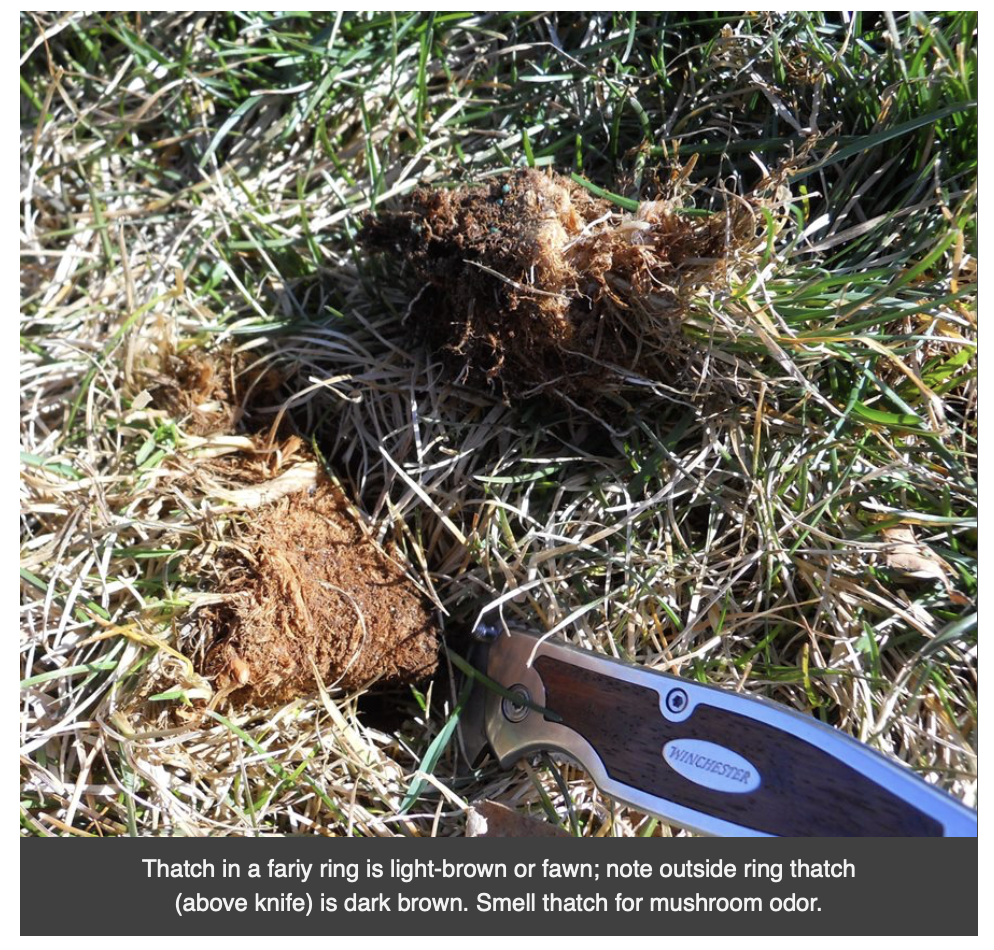 Type 1 fairy ring fungi kill turf primarily by rendering infested soil impermeable to water (i.e., hydrophobic) and plants die from drought. It is quite characteristic for grass on the outer edge of the dead zone to initially display the blue-gray color of wilt before dying.  Very high concentrations of ammonium have been measured in the wilting zone of Type 1 fairy rings, and levels can be toxic enough to cause turf death.  This is most notable during rainy periods following a nitrogen fertilizer application. The rapid release of ammonium via the degradation activities of fairy ring fungi causes is a brilliant flaring at the outer periphery of the ring.  Some fairy ring fungi are known to produce compounds toxic to roots such as hydrogen cyanide.  It is likely, however, that most damage to turf can be attributed to the fungal mycelium (either by its physical presence or as a result of organic “hydrophobic” compounds released as older/dead mycelium is degraded by microbes) rendering soil hydrophobic.  The resulting hydrophobic conditions render soil impervious to water penetration (i.e., rain water runs-off ) and dead zone plants simply die of drought. Probing will reveal that soil in the dead zone is bone-dry. 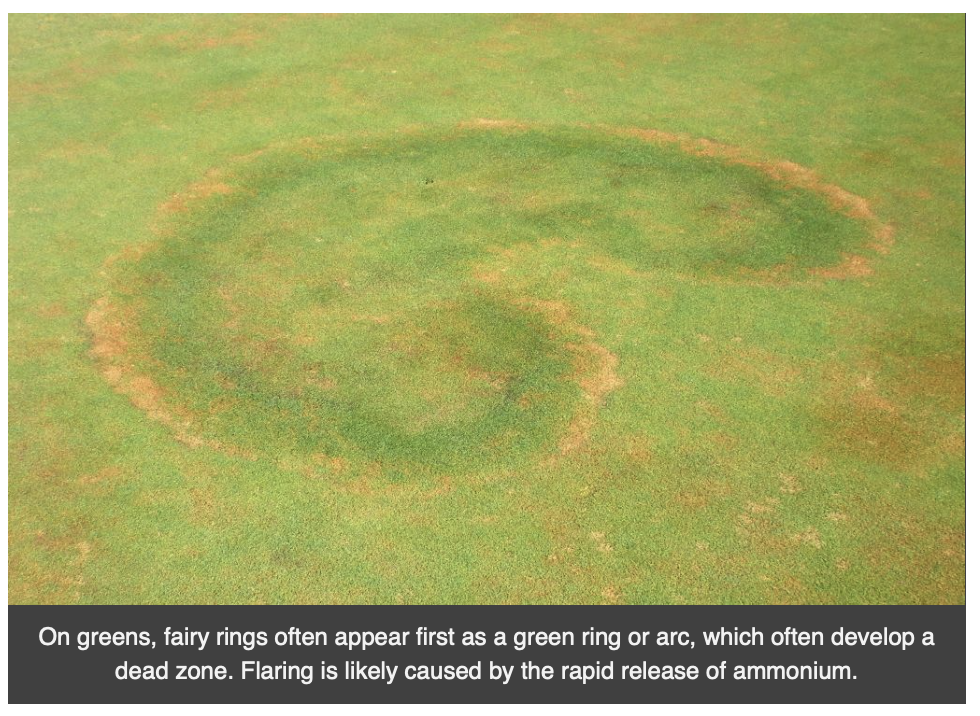 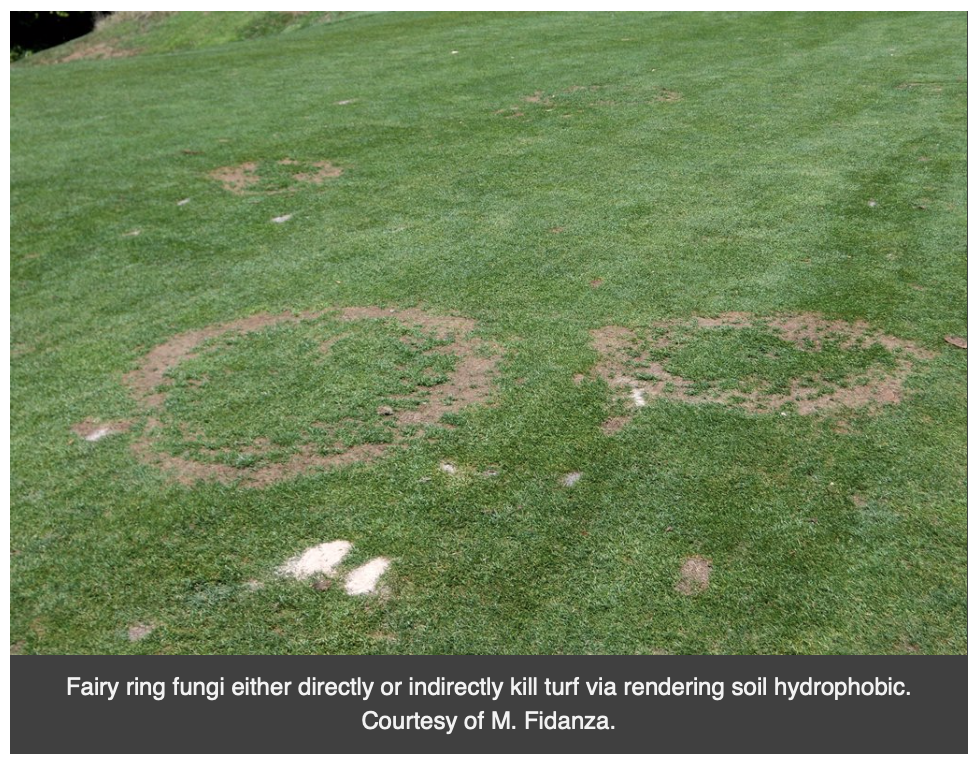 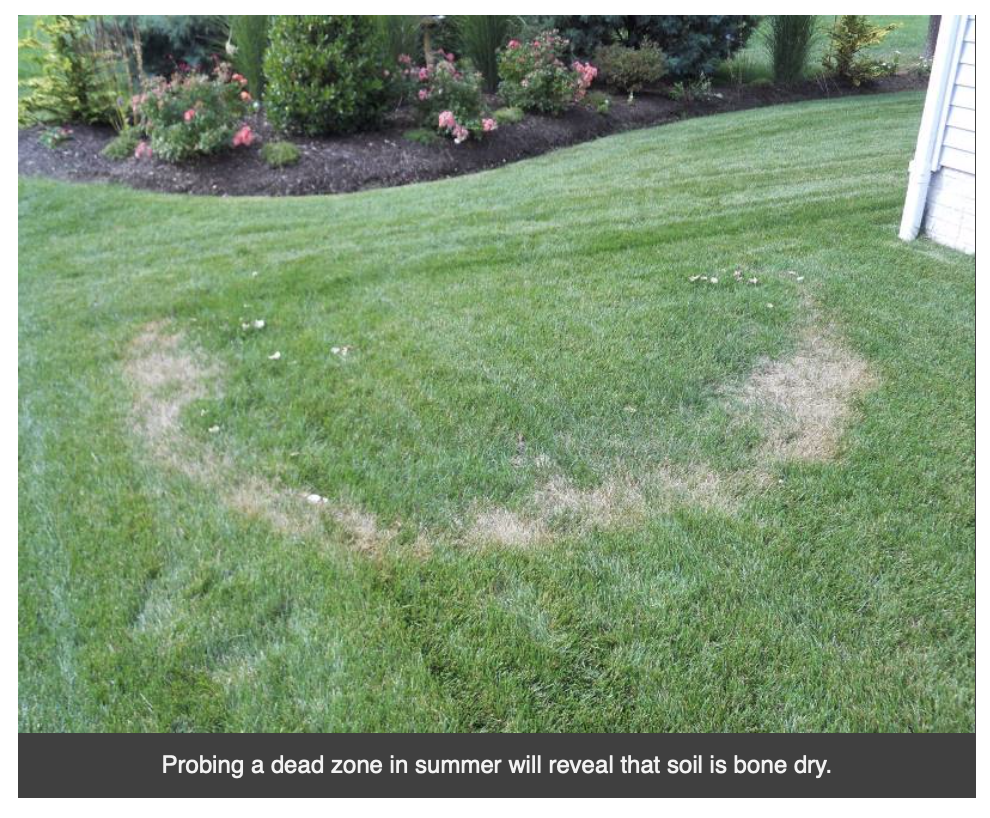 Research conducted at North Carolina State University showed that it was not necessary to core prior to applying fungicides targeting fairy rings preventively on golf greens. It is important to note that most successful fairy ring fungicide programs begin in spring with the routine use of soil wetting agents, prior to the appearance of fairy ring activity. Good fairy ring suppression has been reported by applying an appropriate fungicide in a high water volume (i.e., ≥100 gal. water/acre) or by simply watering it off foliage. This may be because puffball fairy ring fungi common in golf greens grow closer to the surface. The depth of fungal growth is difficult to estimate. One way to check is to collect a cup cutter or profile sampler plug from within an active (i.e., green not dead area) ring. Moisten the soil and place the sample in a plastic bag and incubate at a warm (> 75oF;) temperature. Mycelium may be evident within 24 to 48 hours, thus giving an indication of the depth of fungal growth and therefore the depth to which a fungicide should be watered-in. 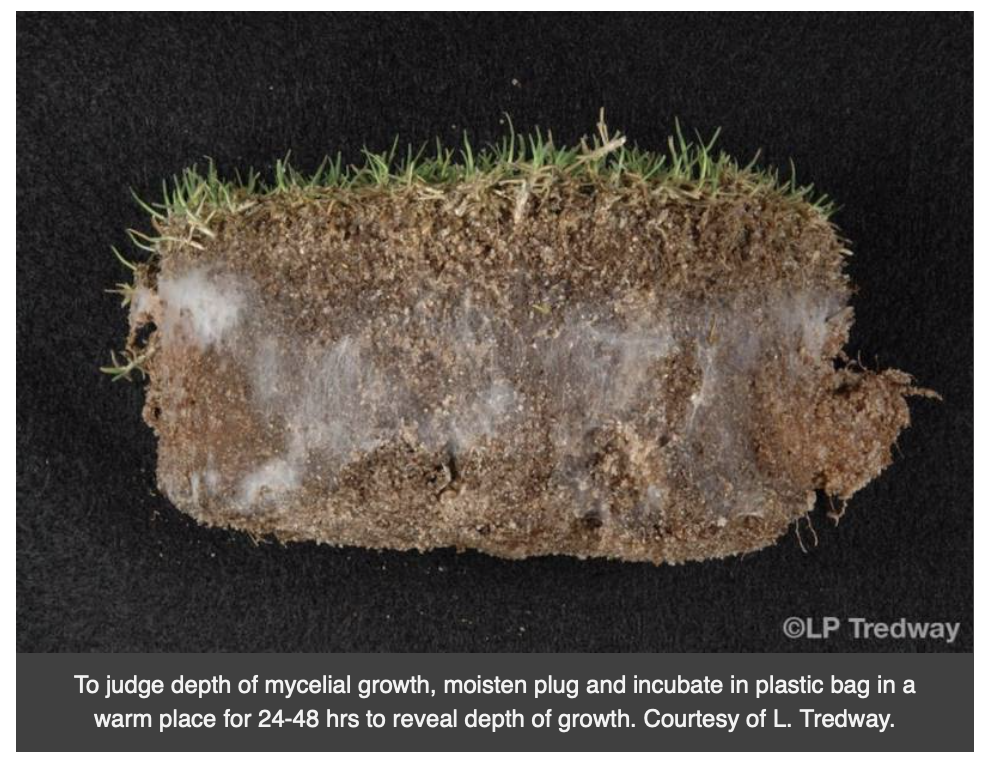 Steven McDonald, MSc. (President of Turfgrass Disease Solutions), has observed effective fairy ring suppression/control in sand-based golf greens, as well as tees and fairways grown on native soils, using a DMI/SI in spring. Fungicides should be applied twice about a month apart once soils warm to about 65F for 4 or 5 days (normally May) and again in June. Steve cautions that some DMI’s can have a negative growth suppression and/or discoloration effect (i.e., stunting and a blue-gray discoloration response). Similar results can be achieved by rotating in one of the other aforementioned (i.e., non-DMI/SI) fungicides. As I have observed over the decades, different chemistries can work differently for different golf courses. Most superintendents need to do their own on-site testing to find those chemicals that work best on their golf course.

As noted above, effective fairy ring control in greens is dependent on being on a routine soil wetting agent program by mid- May. If green rings appear in the absence of a wetting agent program, it now becomes essential to include a wetting agent combined with coring in a curative program involving fungicides. Wetting agents aide water infiltration by breaking the surface tension of hydrophobic soil. This method of control involves a combination of core or solid tine aeration, deep watering, and use of soil wetting agents.  Aeration is beneficial since it opens surfaces and aids in the penetration of air and water.  The entire area occupied by the ring, to include a two foot periphery beyond the ring, should be cored on 2.0 to 4.0 inch centers.  The area should be treated with a soil wetting agent plus an effective fungicide, and then irrigated so that water penetrates to a depth below the hydrophobic zone (about 4.0 to 6.0 inches in depth). It should be noted, that tank-mixing a DMI/SI fungicide with a wetting agent can result in enhanced discoloration or even a phytotoxic response. Hence, an alternative fungicide (e.g., Affirm, Heritage, Insignia, ProStar, etc) noted above, could  be recommended when curatively mixing a fungicide with a soil wetting agent. The role of the wetting agent is to facilitate entry and percolation, but caution is needed to ensure chemical is not moved below the effective zone. Follow-up applications of fungicides likely will be needed on 2-4 week intervals until “ring wilting” no longer occurs. The ring area should be re-treated in a similar fashion at the earliest indication of drought stress; that is, repeat the process whenever the dark-green grass turns blue-gray and begins to wilt.  Even using a pitch fork to create openings is preferred to not creating any holes at all. 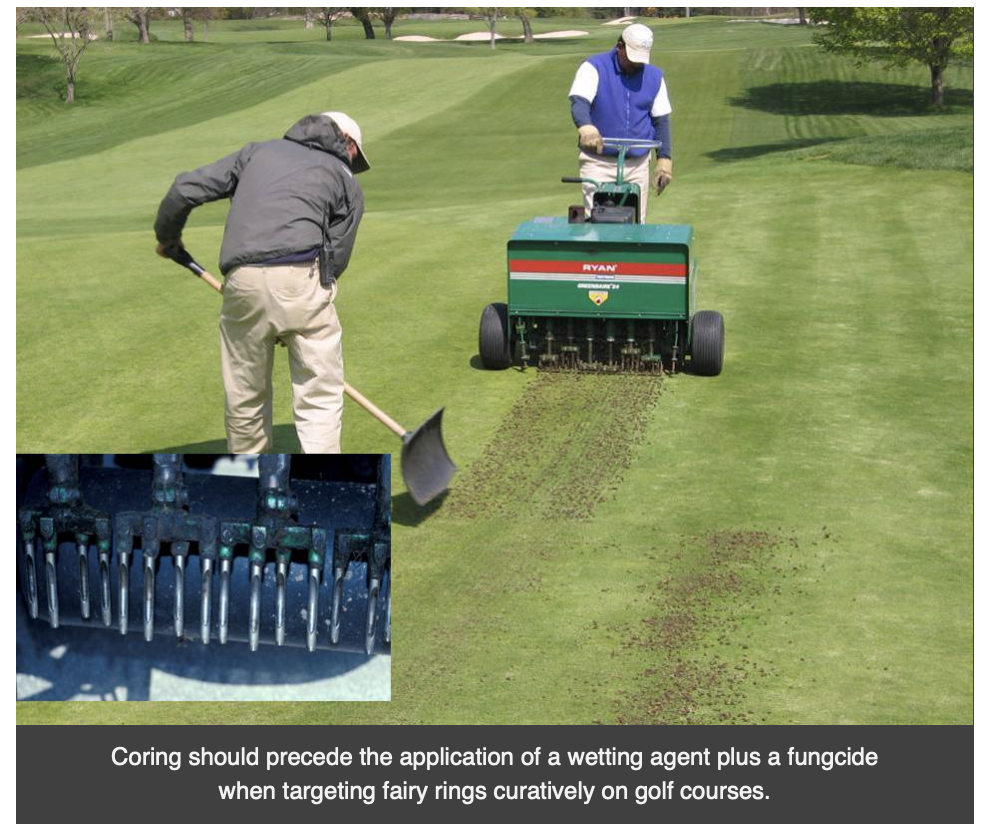 For lawns, the reality is that use of fungicides and soil wetting agents is logistically not practical, and thus way too expensive. One possibility that may help homeowners is to routinely inject water (e.g., using a tree root feeder) or soak on a weekly basis to prevent wilt and subsequent drought damage. This requires the action of a devoted “lawn lover.”  Once wilt appears, and a dead zone begins to develop, it generally is too late to remediate or otherwise slow death of grass. In most lawn situations, the most practical approach to managing persistent and damaging  fairy rings  is to remove the affected-dead sod (try to remove 12’ inside and outside affected zone); thoroughly mix and  rake soil, and re-sod. Forget seeding, it is not likely to work for numerous reasons. 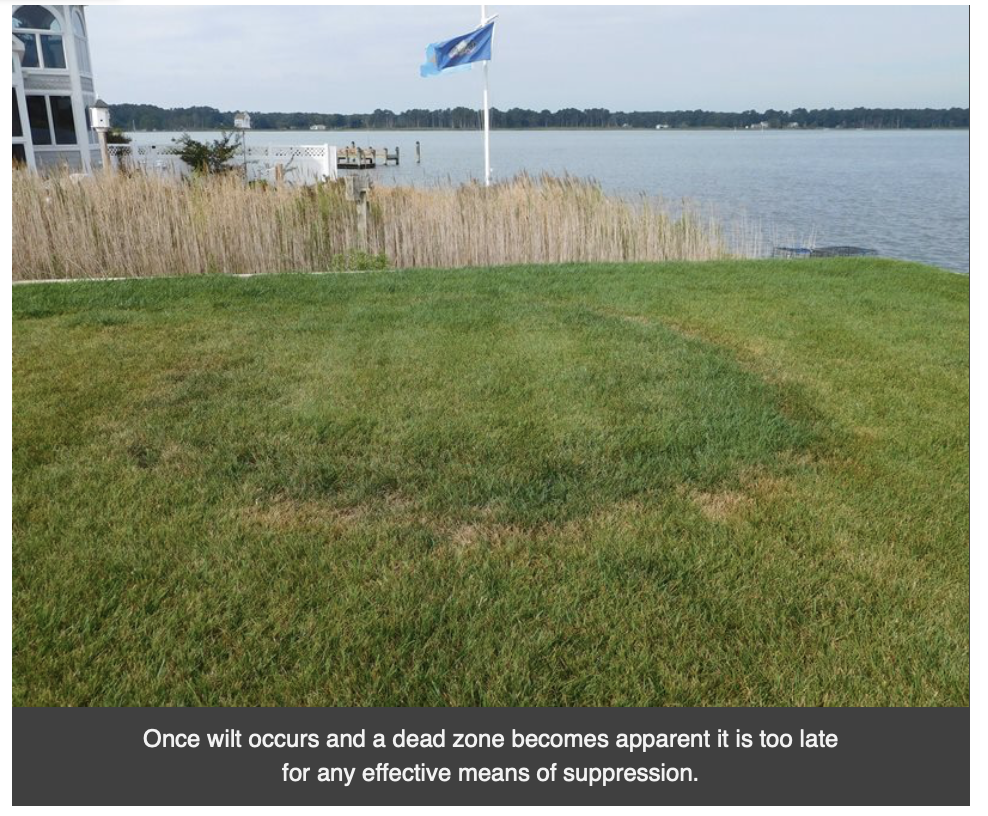 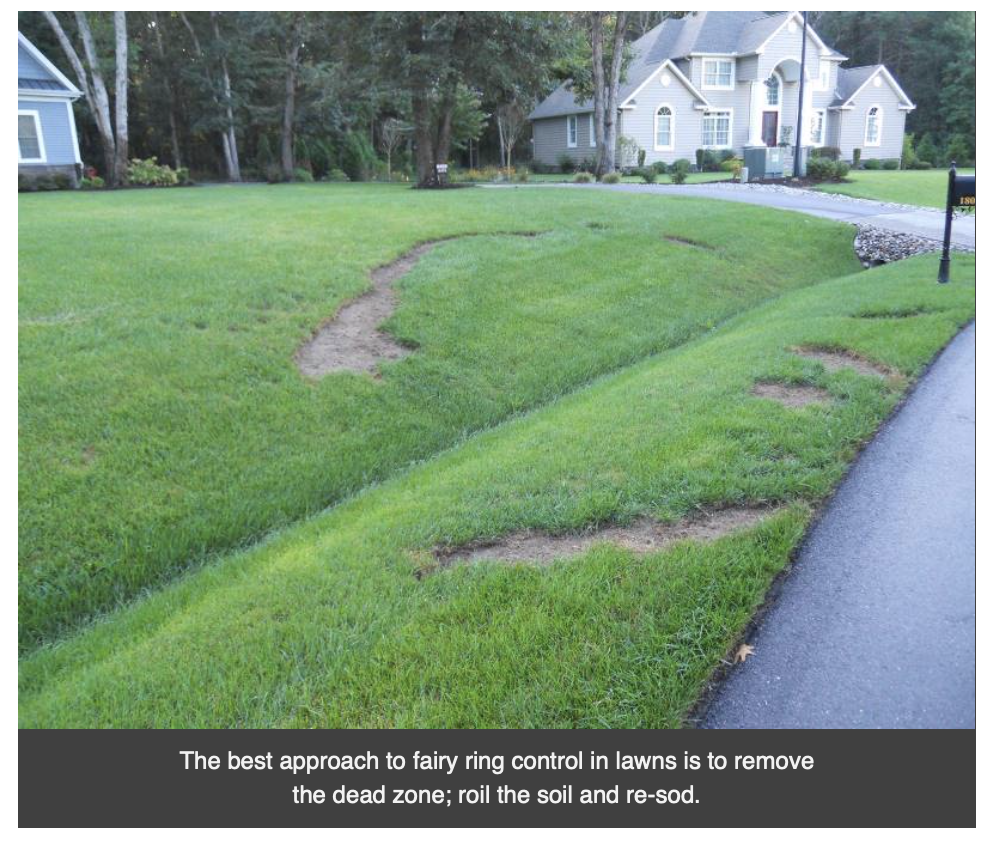 Mushrooms are beautiful gifts from Nature and serve many beneficial purposes. Most importantly, these fungi are major contributors to the breakdown of dead organic matter. Along with other microbes, the basidiomycetes slowly and inexorably degrade wood lignin and remove all traces of dead plant life and return it to soil. Some mushrooms are edible and delicious. Some can give a belly ache or even kill you. Others, upon consumption, can send you on a magical mystery tour.  Unfortunately, botanical taxonomists are no longer trained or are available to identify mushrooms or any other forms of unusual plant life. Their demise is the direct result of our Land Grant Agricultural University System to give way to molecular biology to solve all unknowns. Molecular biology is not a panacea; it is neither practical nor will it fulfill many needs of plant growers. Bottom line; never eat mushrooms gathered from outdoors. 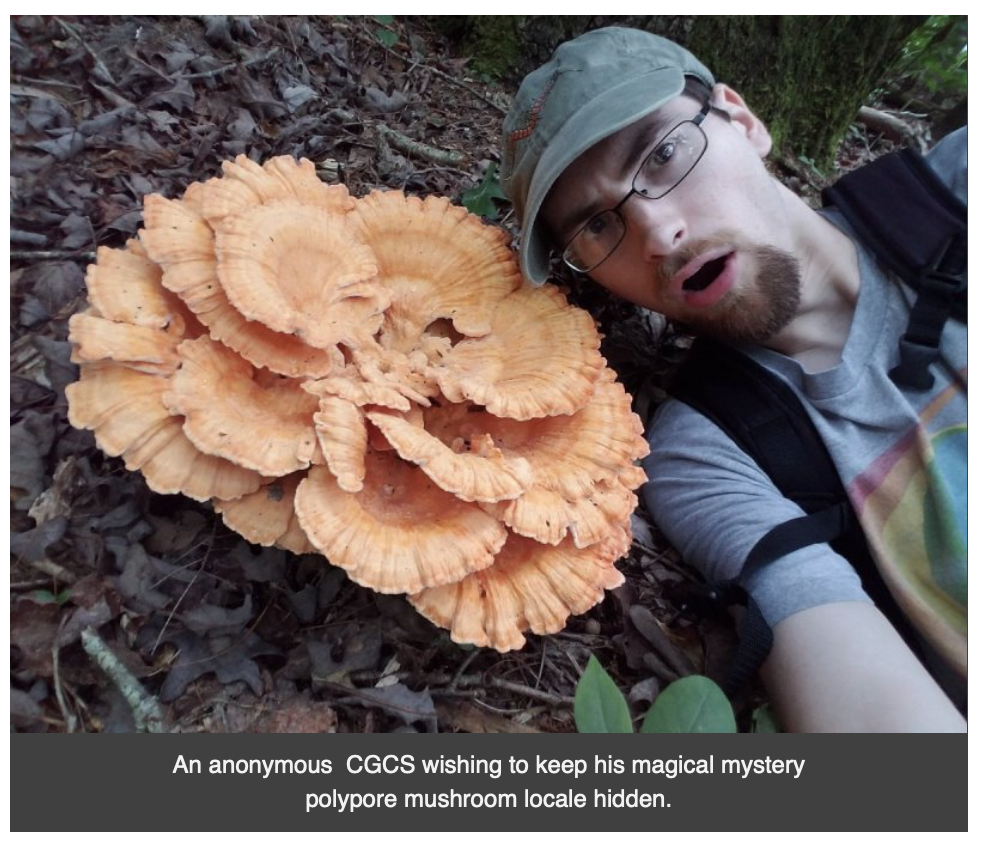 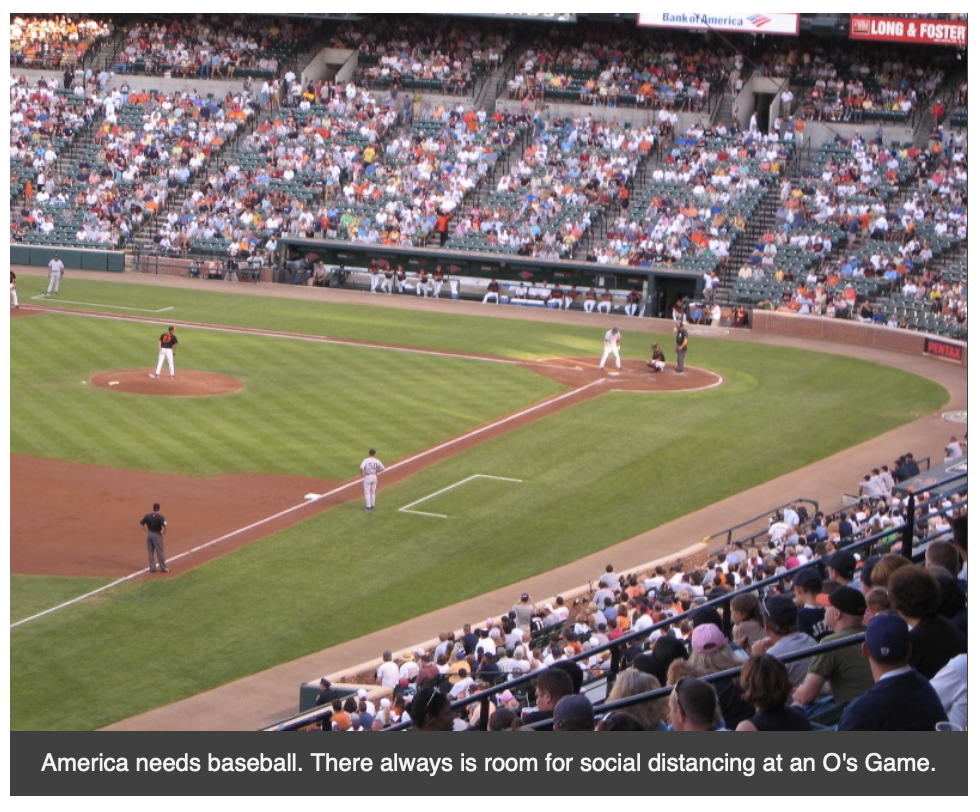 This article was originally written by Peter H. Dernoeden, Ph.D with Genesis Turfgrass. Thanks for reading! For more articles and information, visit the Dr. Pete’s Turf Tips Archive.

« Dancing Elves, Bad Luck and Hexenringe aka Fairy Rings: Part 1 » Goosegrass over the next two weeks