Over the past several weeks, NGF’s research staff has been conducting nationwide telephone polls to objectively assess the impact of the coronavirus on golf course operations.

The latest findings (as of the week ending April 12) show that approximately 48% of golf courses are currently open nationwide, an estimate that includes both in-season regions where facilities have temporary suspended golf operations due to the coronavirus and a few northernmost parts of the U.S. where play has not yet begun due to weather.

In previous weeks, those figures were 46% and 44%, respectively, with a sampling margin of error of +/- 3%. The above map reflects the operating status of approximately one-third of the nation’s golf facilities and accounts for the most nationally representative sample of courses currently available, one that includes daily fee, private, municipal, resort and residential communities. 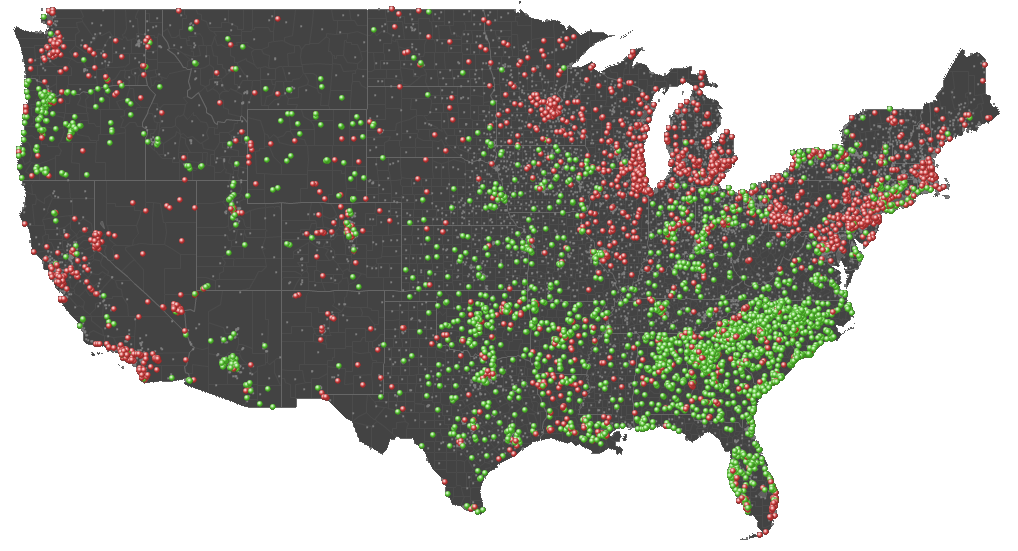 The findings reflect the at-times uncertain nature of golf operations in states like Texas and New York, where recent amendments to executive orders specified that golf is a non-essential business, and are from a survey conducted before Wisconsin courses were permitted to re-open for play on April 16.

While the governor of Texas, which has the fifth-most courses in the country, last week said golf was a non-essential business, he later clarified that they can continue to allow play provided they maintain safe distancing practices and adhere to adjusted operational guidelines prescribed the CDC.

In the Northeast, New York’s various golf associations said last week that the state’s recent “non-essential” advisory didn’t affect non-commercial recreation activities — an interpretation that would potentially pertain to hundreds of private clubs in the region. In addition, a number of courses in upstate New York far from the epicenter of the virus in New York City were just starting their seasons after being closed for wintry weather conditions.

The Metropolitan Golf Association on April 11 noted that a number of New York public golf facilities were informed by local authorities, such as county fire marshals, that they were required to close. As confusion remained around whether private courses statewide would be forced to comply with the executive order, the MGA urged clubs to consult with local authorities regarding the status of golf on their property. Per the latest information from representatives of Empire State Development, however, no golf is to be played on golf courses in New York until further notice.

While about 50% of surveyed courses in upstate New York remained open after news of the amended executive order first came out, that number may drop significantly in the forthcoming national update.